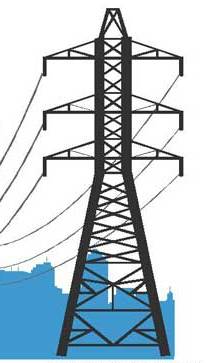 The Mahavitaran has complained to the SLDC that between June and September this year, TPC sold 27.71 million units on energy exchange by overdrawing from the state grid and earned Rs15.72 crore in revenue.

The Mahavitaran has complained to the SLDC that between June and September this year, TPC sold 27.71 million units on energy exchange by overdrawing from the state grid and earned Rs15.72 crore in revenue. It drew power at Rs 2.37 per unit and paid Rs 6.56 crore, but earned Rs 15.72 crore in a period of three months and five days.

The Mahavitaran has asked SLDC to investigate its complaint for the said period and for such instances in the past. Satish Chavan, director commercial of the Mahavitaran, said, “We witnessed a peculiar pattern during this period. The TPC, which didn’t have excess power of its own, was overdrawing power from the grid and selling it on energy exchange at a higher rate and earning profit for itself. That is why we have lodged an official complaint with the SLDC.”

A senior official from SLDC, who did not want to be named, said, “We have received a complaint from Mahvitaran and investigating it, however can’t give any timeline for concluding the investigation.”

A senior Mahavitaran official said, “The TPC was selling the power meant for BEST area. Even if we assume that when the TPC was overdrawing the power, the demand in the BEST area was less than normal, the TPC can’t unilaterally draw power from the grid.’’

If the power is available, the BEST, and not the private utility, should be allowed to sell it on the exchange and earn profit, he said. The issue was discussed in the December 11 meeting of the Maharashtra State Power Committee, the informal body of all the distribution utilities operating in the state. Tata Power defended its decision by claiming that it was selling power from its generation units and did not overdraw from the grid.
[Makrant Gadgil  |  Mumbai Mirror  ]