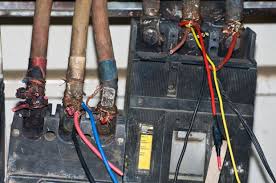 THE uMngeni Municipality in Howick is losing millions of rand due to the high rate of electricity theft, with the losses threatening to collapse service delivery in the Midlands council.

The loss of revenue has compelled the municipality to contemplate drastic measures it says, to force residents to pay for services. The theft of electricity was among the issues highlighted by Auditor-General Kimi Makwetu when he tabled his previous audit outcome. DA councillor Craig Millar said that according to the AG’s report, uMngeni lost R73.4 million in electricity revenue in the 2016/17 nancial year as a result of “unauthorised consumption, tampering and other technical losses”. “In a municipality that has a total budget of less than R400m, that is nearly 20% of our entire budget and more than double our repairs and maintenance budget,” said Millar. He said the municipality had tried, but not every hard, to address the theft, but nothing had changed.

“With the elections coming up, we doubt anything is going to happen to deal with the problem, which is threatening the nancial viability of the municipality. “We are not saying people who cannot aord to pay should be cut o, we have an indigent list to assist them and there could be a programme to give vouchers to those people. The clear problem is that many of those who can aord to pay are the ones who are not paying,” said Millar. uMngeni mayor Sizwe Sokhela said the situation was dire and was pushing the municipality to the brink of nancial collapse.

“Every cent we spend on electricity becomes a loss, we buy it and people use it but are not paying for it. We are not even breaking even.” He said the Mpophomeni Township led the trend, and that “every month we are suering losses close to R8m in that township. “There is a mentality in people that because they vote, they should not be paying for services, which is not the case. “The money we generate from electricity and other services is necessary to deliver services back to the community. They will soon protest, saying there is no service delivery, forgetting they are the one’s responsible by not paying.

“It is clear that many people can aord to pay. Almost every house in the township has DSTV, which will cost about R400 every month, but people are refusing to pay R200 for electricity that could sustain them for a month,” said Sokhela. He said harsh action was called for to bring back the culture of payment. “We will soon be forced to take drastic action, including turning the power o.” Sokhela said they were busy auditing meters, and replacing old ones. He added that in areas where that had been done, there had been a change, and revenue showed signs of improving. [ PressReader ]