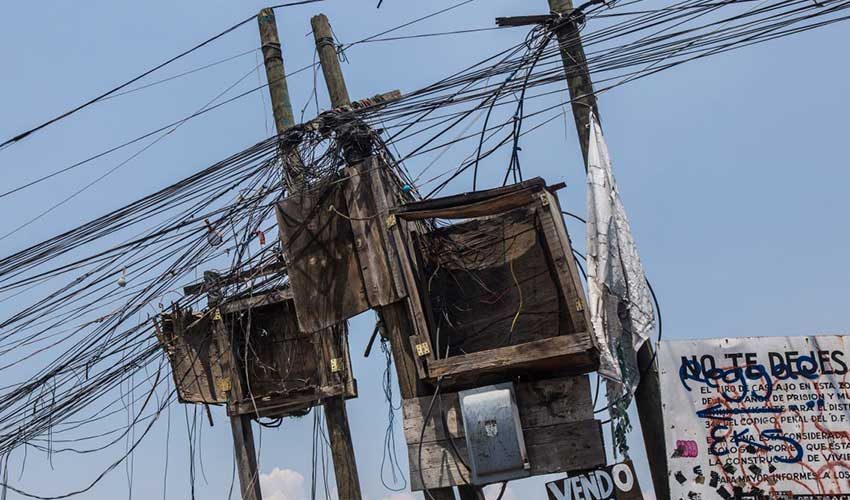 Authorities are going after petroleum thieves; will electricity thieves be next?

It’s not just fuel thieves who are costing Mexico billions of pesos a year.

The Federal Electricity Commission (CFE) announced today that during the first half of 2018, it lost revenue of 25.7 billion pesos (US $1.35 billion) due to electricity theft via illegal connections.

The amount of power stolen represents 5.7% of all the electricity it distributed in the six-month period, the CFE said.

But the bad news doesn’t end there.

Luis Bravo, the state-owned company’s director of corporate communications, said that an additional 5.9% of energy – equivalent to 34.25 billion pesos (US $1.8 billion) in monetary terms – was lost in the same period due to technical problems associated with its transmission.

All told, the CFE saw 59.95 billion pesos (US $3.15 billion) wiped off its bottom line due to “technical and non-technical losses.”

Bravo told a press conference that the CFE is carrying out an analysis to determine where the majority of electricity theft is taking place and once that has been established, measures will be taken to combat it.

“Is the process painful? Yes. Does it take time? Yes, but it’s necessary to do it,” he said.

Bravo stressed that new CFE chief Manuel Bartlett is committed to rescuing the company and returning it to its social calling.

Bartlett, an 82-year-old former governor of Puebla and federal interior secretary, whose appointment at the helm of the CFE was criticized by many, said last year that he would seek to introduce “social rates” that could see people on low incomes obtain government subsidies to offset their electricity costs.