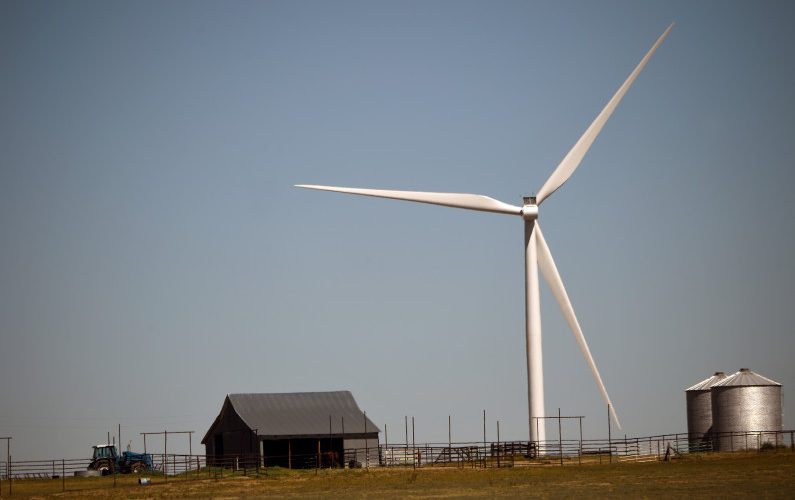 With one of Colorado’s gubernatorial candidates promoting 100 percent renewable energy by 2040, utility executives were asked during a summit Monday if that’s an achievable goal.

Democratic Congressman Jared Polis has set a goal of having all the electricity on the state’s grid come from renewable sources by 2040. His Republican opponent in the Nov. 6 election, state Treasurer Walker Stapleton, has criticized the plan as too expensive.

Kent Singer, executive director of the Colorado Rural Electric Association, asked some of the folks who help keep the lights on if 100 percent renewable energy sources is “the right goal and is that truly achievable?”

It depends on what is included among renewable sources and what the true goal is, the utility executives said during a panel discussion at the electric association’s Energy Innovations Summit in downtown Denver.

“Many of our communities are saying they want 100 percent renewable,” said Alice Jackson, president of Xcel Energy-Colorado.

One of the first things Xcel then asks is what communities consider renewable energy sources, Jackson said. For instance, large-scale hydropower facilities are not counted toward the state mandate of 30 percent renewable sources by 2020 for investor-owned utilities. Xcel has a pumped storage hydroelectric plant above Georgetown with a capacity of 324 megawatts.

Another question is whether the goal is to use only renewable energy sources or is it to eliminate carbon dioxide emissions, Jackson added.

And that’s when the conversation should bring in the transportation sector and other industries, Jackson said.

Michael McInnes, CEO of Tri-State Generation and Transmission Association, said the energy industry is always “in the crosshairs” when it comes to efforts to get to net-zero carbon emissions. However, transportation’s contributions to carbon emissions must be factored in, he said.

Jason Frisbie, general manager and CEO of the Platte River Power Authority, said he believes getting to zero carbon emissions will require a combination of approaches, including increasing energy efficiency and changes in consumption of energy. The member-owned utility serves the cities of Estes Park, Fort Collins, Longmont and Loveland.

“I worry that in the zealousness to get to 100 percent renewables, do we end up with a diversified portfolio when we get there,” Frisbie said, “or are we too reliant on wind, too reliant on solar.”

Limiting choices to just renewable sources could mean foregoing new technologies, including effective ways to capture and store carbon emissions, Jackson said.Xcel’s recently approved Colorado Energy Plan that will phase out two coal-fired plants is expected to increase the utility’s use of renewable sources to 55 percent of its mix by 2026 and cut its carbon dioxide emissions by nearly 60 percent. However, a third coal plant that started operating in 2010 will stay open.

Tri-State, a Westminster-based supplier of wholesale power to 43 electric cooperatives in four states, has come under pressure from some of its members to boost the amount of energy it gets from renewable sources. The Delta-Montrose Electric Association voted earlier this month to change its articles of incorporation so it has more flexibility to raise money if wants to buy out its contract with Tri-State. The electric cooperative says it’s concerned about costs, but also wants to use more renewable energy sources.

Tri-State got about 30 percent of its energy from renewable sources in 2017 and expects that to increase to a third this year.

“We like renewables for all the reason that have been talked about,” McInnes said. “But what our membership said is we want the lights on, that is the No. 1 priority. And we want to be able to afford to have the lights on.”