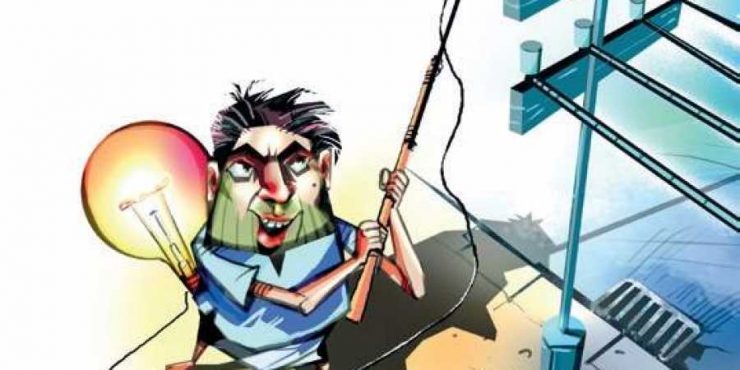 : In a drive to check power theft in Jind district, Dakshin Haryana Bijli Vitran Nigam (DHBVN) has fined its own employees Rs 5.39 lakh in the past few days. It has also imposed a fine of Rs 31.89 lakh on for stealing electricity. The 7-member team, led by junior engineer (JE) Shankar Singh, checked quarters of 177 employees in and found 17 staffers stealing electricity either through illegal connection or manipulating power meter. The highest theft was recorded in Jind city and Safidon town of this district.

The officials said the department would initiate departmental action against employees in case they fail to deposit the fine. Under the ‘Chori Pakdo Abhiyan’, the teams found 470 consumers stealing electricity by connecting wires the main power supply near their houses. They have been imposed the fine of Rs 31.89 lakh. The officials have recovered Rs 3.56 lakh fine from consumers on the spot. Saini, superintendent engineer (SE), DHBVN, said the drive would continue in the coming days. “We have asked employees to deposit the fine at the earliest, failing which action would be taken against them,” he added. Earlier, Jind had been the biggest defaulter to the department in the state with an outstanding amount of Rs 1,500 crore. Source-The Times of India]