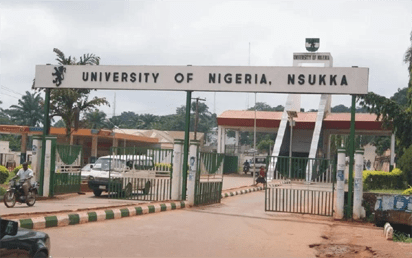 ENUGU- THE University of Nigeria Nsukka, UNN, has proposed producing solar-powered cars as an improvement to its 5-seater electric bus it unveil at Nsukka Campus.

Vice Chancellor of the University, Prof. Charles Igwe, who spoke with Vanguard on Tuesday said that as a step forward to the innovation, the university has already commenced in its laboratory, the process of using solar energy to power an improved bus from what it has invented using electric energy.

He however said that the university was more concerned about producing solar power systems for domestic uses, which he said the institutions considers a priority before settling for solar cars. Senate c’ttee okays 10-year-jail term for theft of electricity cable, others(Opens in a new browser tab) Igwe further disclosed that it will not be the business of the institution to mass produce the already invented electric bus, but that of the automotive industries, noting that the university is basically a research ground than a mass production industry. “It is not UNN that will mass produce the cars; the automobile industry will do that that is their job. You need to go and read books of how cars were produced. We are looking at more efficient productions that will consume less energy as an improvement. “We are looking at producing solar-powered cars but we have to start with the ones that will be used in our houses first because Solar is where every production is going now, that is green energy but let us produce the ones for our residences first,” Igwe said. At the unveiling of the 5-seater bus on Monday, the Director -General of National Automotive Design and Development Council, NADDC, Mr. Jelani Aliyu, commended the institution for being the first to produce electric car in Nigeria, named Lion Ozumba 551. He urged other universities in the country to emulate UNN desire in given serious attention to issues concerning innovations and technology in order to move the country to greater height.

NADDC on February 6, 2019 invited UNN, University of Lagos, Usuman Danfodo University and Metrological Institute and urged them to prepare a paper design on how to produce electric car in the country. “The council is happy that UNN is the first to prepare a paper design and produced electric car that has been unveiled and tests run in the university. We urge other universities and higher institutions in the country to emulate innovation and technology spirit of UNN,” Aliyu said. Coordinator of UNN Metetronic group, Mr. Ozoemena Ani who led the team that produced the Lion Electric Car said the car was produced with 80 per cent local content materials. Ani said the car could be charged in any electric socket and when fully charged would go distance of 30 kilometers. “We used 80 per cent local material content in building this electric car it cost us N800, 000 to produce the car. When the car is full charged it will go up to 30 kilometers before it can be recharged,” Ani said.