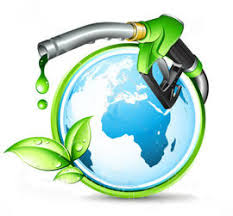 Nagpur: Union minister Nitin Gadkaritold TOI that he has started four units which will produce ethanol from crop straw.

Speaking during a public function at the Nagpur Municipal Corporation here on Saturday, the union minister said the units will come up at Bela and Bhandara. “The ethanol units would reduce dependence for fuel requirement from Arab countries,” he said.

He informed that farmers here produces tonnes of crop stubble in a season which would be used as a raw material for the fuel units. Gadkari also claimed that the four units would play an important role to redress the issue of pollution.

The minister also said the plants owned by him will provide alternate fuels to all tractors especially used for farming in Bhandara, Gondia, Gadchiroli, Chandrapur and Wardha. “The bio-fuel will be provided at a much cheaper rate than diesel,” he said.

Gadkari aims to make Vidarbha diesel free by providing eco-friendly fuels. “This move will not only reduce air pollution but also save hard earned money of farmers. Farmers can also earn money from selling crop stubble,” he claimed.

Though he claimed that the units will start supplying ethanol by March end, Gadkari did not share any information about the capacity of the units.[ETEnergyworld]