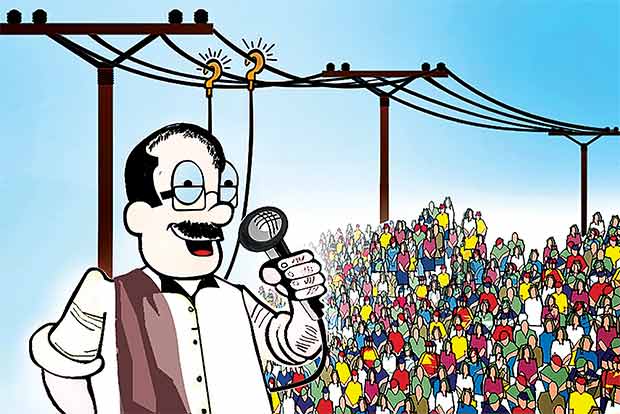 BHOPAL: Government’s pre-poll order asking power discoms to with draw power theft cases, seems to have benifited around 20,000 people accused of these charges.People booked under electricity theft charges for the first time will be eligible to avail the benefits, said sources. Further, the benefits will vary depending on conditions. Sources said that, as per the scheme, the accused whose power theft cases are in pre-litigation stage will been titled to 40% rebate on the estimated civil liability, 100% waiver of the interest rate on accumulated penalties, and ones whose cases are at litigation stage, will be provided 30% rebate on the estimated civil liability and 100% waiver of the interest rate on accumulated penalties.A lok adalat seeking to settle power theft cases was held on Saturday. This was the second lok adalat held after government passed the order – few months before polls. The first took place on September 9, after which model code of conduct came into effect.Speaking on number of cases that got solved, an official said, “The exact figure from all over the state is yet to be compiled .Though, of the total 50,000 power theft cases, most of them against farmers, were settled in the previous lok adalat.”An official of the Paschim Kshetra Vidyut Vitaran Company said the figures are not clear till now, but the number of cases settled would be close to 10,000. Similar sentiments were expressed by sources from the other too discoms too[SOURCE-THE TIMES OF INDIA]