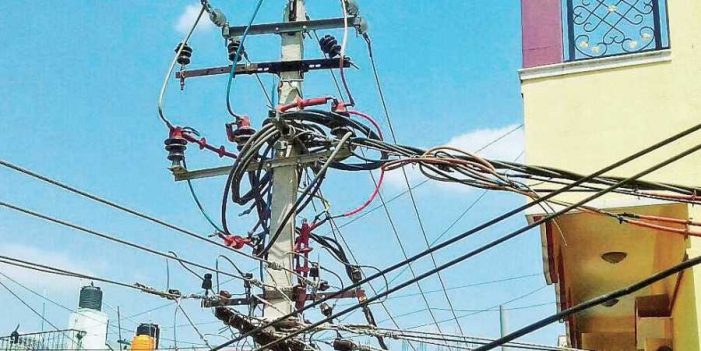 The meeting comes in the backdrop of power NPAs accounting for 5.9% of banks’ total outstanding advances of ₹4.73 trillion
However, losses at electricity distribution companies narrowed to Rs17,352 crore in 2017-18 from Rs 51,096 crore in 2015-16

New Delhi: Supplying 24×7 power to all, poor financial health of state electricity distribution companies (discoms), late payments and a less carbon-intensive economy are some of the issues that are likely to come up at the state power ministers conference today, according to government officials.

“Given that electricity is in the concurrent list, it is for states to ensure quality, reliable and affordable electricity to consumers. All states and UTs are on board and have inked memorandum of understandings (MoUs) with the union government,” according to a government official.

Round-the-clock power is a fundamental right of every citizen, according to Singh. State-owned electricity distribution companies saw a substantial drop in losses, which narrowed to₹17,352 crore in 2017-18 from ₹51,096 crore in 2015-16.

The meeting also comes in the backdrop of non-performing assets (NPAs) in power generation accounting for around 5.9% of the banking sector’s total outstanding advances of ₹4.73 trillion, according to the second volume of the Economic Survey 2016-17 released in August.

Due to the limited impact of Ujwal DISCOM Assurance Yojana (UDAY) targeted at turning around debt-ridden state power distribution companies, the ministers are also expected to discuss UDAY-II, wherein greater emphasis will be put on technology for reducing theft and improving metering, billing and collections.

In the run-up to the 2019 Lok Sabha elections, Bharatiya Janata Party (BJP) is looking to reap political dividends from programmes such as the Deen Dayal Upadhyaya Gram Jyoti Yojana (DDUGJY), which helped bring electricity to India’s census villages and the Pradhan Mantri Sahaj Bijli Har Ghar Yojana, or the Saubhagya scheme, aimed at household electrification.

The Saubhagya scheme was to provide electricity connections to 40 million Indian homes by March 2019. The target was reduced to 30 million rural and urban households after it was found that some households did not exist, or had already been electrified, according to government officials. Now, the target has come down to 25.2518 million households; with 22,691 households, or 0.09%, left to be electrified in Rajasthan and Chhattisgarh.

Mint reported on 31 January about the BJP government in Uttar Pradesh slashing its household electrification target from 12 million to 7.47 million, and said all households in the state were electrified under the Saubhagya scheme.[Live MINT]