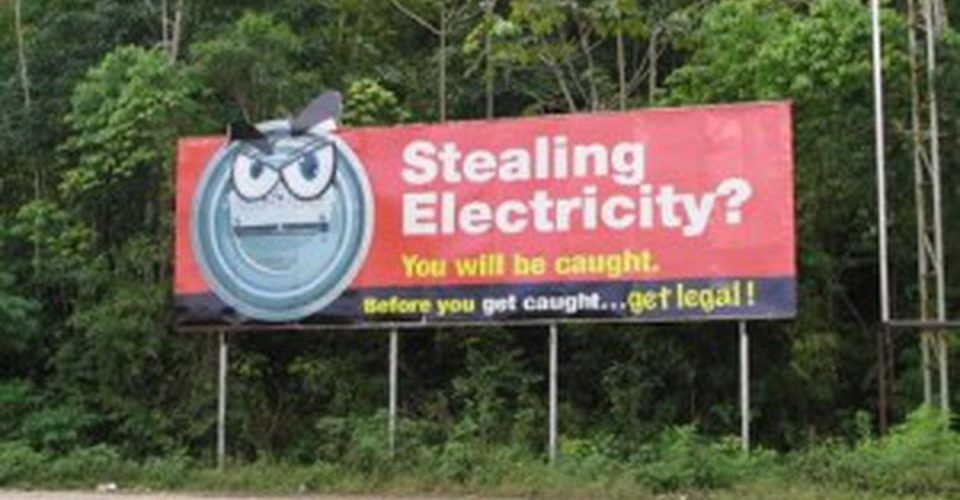 In January 2018, the World Economic Forum, using analysis by the Spectator Index ranked Nigeria second worst in electricity supply in 2017. Earlier, another 2009 World Bank report had revealed that within sub-Saharan Africa, Nigeria had the highest collection inefficiencies where power companies were capturing only 25 per cent of the revenues owed As usual such reports drew a broad range of reactions from industry stakeholders, analysts, the general public and government officials. Whether such comments in this case are positive or otherwise, the fact remains that the Nigerian electricity supply industry is plagued with a financial liquidity crisis. While some industry experts are convinced that the crisis was fueled partly by high technical and non-technical losses consisting power theft. Others blamed it on the failure of stakeholders to properly account for energy across the value chain. Obviously, the challenge has resulted in power sector experiencing stunted growth even after the privatisation in November 2013.
The danger facing the sector is better appreciated when one takes a look at the figures brandished by experts. For instance, a recent report put the deficit in the power sector market at N500 billion ($1.4 billion) by March 2018. Interestingly, different stakeholders attribute the illiquidity crisis to different reasons depending on where one is coming from. On the one hand, some blamed the inability of the distribution companies to collect payments from the end user (customers) after supplying electricity. Distribution companies (DisCos) on their part emphatically argued that the chief cause of the liquidity crises was electricity theft. They claimed that a fairly large amount of electricity consumers do not pay for electricity used stressing that the neglect resulted into the current financial shortfalls in the market. The power theft as claimed the DisCos said to be perpetrated by electricity consumers is equally responsible for the failure of energy accountability across the value chain. Unfortunately, while the DisCos attribute inconsistencies in revenue collection to electricity theft and consumers’ refusal to pay their electricity bills, they (DisCos) further complicated the situation by poor remittance to the market pool thereby exposing the sector value chain to broader financial losses.
The negative impact of power theft on the value chain was highlighted recently the managing director, Frontier Oil and Gas Limited, Thomas Dada , who alluded that 40 per cent of generated electricity in the country was lost to theft. To further illustrate this, the Port Harcourt Electricity Distribution Company has said it loses N238 billion to direct electricity theft every month. A Global Menace Energy loss is not restricted to Nigeria as the Emerging Markets Smart Grid: Outlook 2017 report estimated that an aggregate of $64.7 billion was lost each year from non technical losses in the power sector majorly driven by power theft. The report showed that in India alone, it has been asserted that up to one third of power revenues was lost to power theft. The country’s annual losses have been estimated at $4.5 billion, about 1.5 per cent of its gross domestic product (GDP). According to Forbes, the challenge was not limited to developing nations, as an estimated $500 million of electricity was stolen in Ontario, the capital city of Canada. Similarly, in the United States (U.S.) an estimated $6 billion worth of electricity is pirated. Search for Solutions As part of efforts to proffer viable solutions to the illiquidity crisis facing the sector some experts have suggested proper metering of electricity consumers. However, there are indications that this may not be achievable in the near future due to the absence of realistic data based on enumeration of consumers.
There is no gain saying that proper enumeration would provide the accurate number and profile of electricity consumers in the service area of each of the DisCos across the country. Analysis of such data would then help in identifying consumer’s capacity as well as creating an efficient value chain for provision of meters and service delivery, in addition to combating energy theft. This is where the recent pronouncement by the Nigeria Electricity Regulatory Commission (NERC) introducing the Meter Asset Provider (MAP) regulation became relevant. The MAP regulation stipulates that NERC shall licence pre-qualified companies to finance, install, maintain and where necessary, replace end-user electricity meters. This regulation is expected to address the financial and operational challenges faced by electricity distribution companies in supplying meters to customers.

While lauded as a good intervention, industry analysts have raised concerns about sustainability of the programme especially as it concerns meter ownership and recouping the investments. Meanwhile, the widely-held belief that pre-paid electricity meters would improve electricity revenue collection in NESI seems to be unrealistic as there are evidence that shows correlation between increased deployment of pre-paid electricity meters with an increase in electricity theft. The reason for this is not far fetched, experts said a good number of the electricity meters in the market today can be easily bypassed. The situation is further compounded by some unscrupulous staff from the DisCos who help customer bypass their meters for a small fee. Unfortunately, such bypass of prepaid meters leads to increased losses for the DisCos because such customers do not even receive estimated billings. Using Technology To Curb Energy Theft In an effort to resolve the inefficient collections, NERC has mandated that all new meters should be technology-enabled to provide sufficient two-way feedback between the DisCos and the customer. Such technology would enable the DisCos identify when more energy is being consumed than it being paid for. This technology combined with street level understanding of the customers and their electricity demand, would help to reduce electricity theft. Similarly participants at April 2018 Edition of the Nextier Power Dialogue, themed: ‘Can Meters Save NESI,’ proffered some critical recommendations. Suggestions made at the program include that NERC should consider permitting franchising of subset of areas served by the DisCos. This is expected to improve the ability of the DisCos to serve their customers more effectively. Participants argued that a franchisee that was focused on a smaller area should have a better understanding of the consumers and this should lead to reduction in power theft. Citing the emerging examples of homegrown solutions like the Taleveras power project in Aria Aria Market, Aba, participants charged DisCos to deploy tamper-proof meters (hardware) and software that sends a notification to both the DisCo and the customer when the meter is breached. Other suggestions include reorienting the citizens to equate power theft to elite corruption and to report such incidents, a whistle-blower scheme can be introduced, Implement due diligence of energy auditing processes at the substations to ensure efficient aggregate collections, collaboration between Nigeria Electricity Management Service Agency (NEMSA) and NERC to implement efficient data acquisition from meters, by utilising Global Packet Radio Service (GPRS) enabled meters to send feedback data for financial reconciliation. Submission The participants submitted that, deployment of pre-paid electricity meters is critical to improve collections and to reduce power theft. They noted that the idea was predicated on the availability of customer enumeration data, enhancement of the distribution networks, capacity building on proper processes for metering (from acquisition to installation), etc. Such capacity building is critical for electricity customer as well as MAP operators, to enable more effective public engagement in the quest to combat energy theft. Perhaps if the sector regulators and operators act on these suggestions the liquidity crisis in the energy sector may soon become a thing of the past