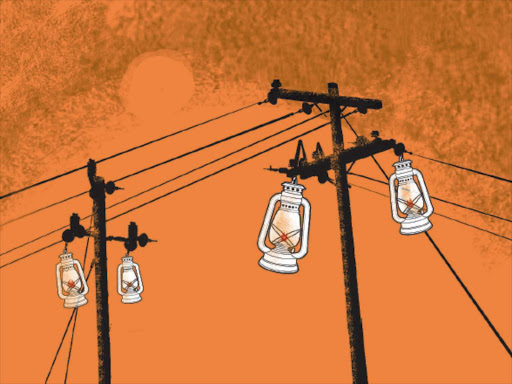 M-Pesa and Vendor token purchase systems went down for more than 12 hours, as Kenyans spent millions on repeated but failed transactions
Kenya Power says the system hitch was unfortunate and the company is trying to get a lasting solution

Thousands of households and businesses on Saturday night remained in darkness after a major technical hitch it Kenya Power prepaid billing system, as Kenyans poured their outrage at the company.

In what now seems to be a recurring problem, M-Pesa and Vendor purchase systems went down for more than 12 hours, as Kenyans spent millions on repeated but failed transactions.

The hitch that commenced at around 5pm left power consumers with no option on electricity token purchases, with businesses and households counting losses as they remained in a night-long black out.

The latest occurrence is just one of the numerous hitches that have hit the power distributor in recent times, even as Kenyans continue to struggle with high costs of electricity in a market where Kenya Power enjoys monopoly.

Over the weekend, Kenyans took to social media to lash at the utility firm, accusing it of poor services and ‘stealing’ from ‘poor citizens’, as cartels thrive in the country’s energy sector.

“It’s a strategy. They have to create market for their companies and until they reach their monthly target between 1st and 15th, you will keep on complaining. Otherwise what is this problem that has never found a solution like forever? Or did they employ quacks as technicians?,”@Nashpae tweeted yesterday.

“I have spent over 1000 shillings. Is someone sleeping on the job. Will you refund customers money they have spent. A big shame to the company,”  Antony Odhiambo wrote on one of Kenya Power’s Facebook pages.

“Why can’t you just stick to the old post-paid system, it is clear going digital is not your thing, I bought units four times and I have no electricity,” another customer Mahad Mohamed wrote.

The company updated customers on the system yesterday at 10 am.

“Good morning,our prepaid system has been restored and customers can now vend for electricity tokens.We thank you for your patience and sincerely regret the inconvenience caused,” @KenyaPower_Care tweeted.

Energy activist Jerotich Seii, who is part of the famous ‘SwitchOffKPLC’ campaign, yesterday questioned how an ISO certified company can fail to manage its Information Technology systems, which have continued to fail.

According to Ms Seii, cartels within Kenya Power have turned Kenyans into ‘cash cows’, as consumers continue to incur high power bills.

Rogue employees at the company have previously been accused of colluding with private vendors to sabotage the company’s token billing systems, forcing Kenyans to purchase costlier tokens from alternative Pay bills, owned by individuals.

“There is nothing new here but Kenyans are becoming more aware. At the end of the day we say switch off KPLC , the suffering is too much,” Ms Seii told the Star on phone.

Kenya Power corporate communications acting manager Kevin Sang said the system hitch was unfortunate and the company is “trying to get a lasting solution.”

“Our team worked the whole night and was able to restore the system by morning. This will finally come to an end,” Sang told the Star, noting that the company communicated on Facebook and other social media platforms of the hitch.

It is not the first time Kenya Power has been on the spot over failed systems which has continued to hurt the about 4.5 million customers on the prepaid platform.

In January, the token system went down due to a backlog on pre-paid purchases. In February, customers were not able to make online payments for their postpaid bills.

This was later followed by a shutdown on April 9-10 to allow an upgrade of the system.

In October 2018, the power distributor had shut down the prepaid system to facilitate implementation of the new electricity tariffs.

Earlier in April , customers had experienced a weekend long of no pre-paid token services.

KPLC is said to process up to 200,000 electronic top-up transactions daily, where 85 per cent of token purchases are done via M-Pesa paybill number 888880.

Kenya Power has also been on the spot for inflating customers’ power bills even as power costs continue to rise, despite billions being invested in cheaper renewable energy.

Last month, the Energy and Petroleum Regulatory Authority signaled that electricity bills will surge by at least Sh3.83 per kilowatt-hour on upward adjustments in key billing components.