India has installed power capacity 356 GW and the country depends on coal as a major source for generation of electricity. At one side, the country wage war against global warming and actively participating the UN policy of sustainable energy, at the same time the ‘dirty coal’ is its major energy source. This is a dichotomy. The evils of global-warming, is well-documented and marked coal an enemy for society. However, more than 10% of its coal based power stations are located in waterless area across the country and the data are intimidating.

India is now patched up with is ‘villain’, because of its considerably higher contribution of coal power plants forgetting the risk involved.However, on otherside,the renewable sector is flourishing .with  a target of  175 GW by 2022 and the cost of one unit of electricity from renewable sector reduced to as low as INR 2.8 [0.039 United States Dollar] However, too much dependency of renewable energy is not safe due to its inconsistent nature. May be dirt free, it is intermittent and volatile where as the ‘dirty coal’ based electricity is stable and was superior in Indian Power Sector. The scenario is now shifted in favour of Renewable.Energy.Now coal based stations are engaged to fill the gap created in Renewable Sector, though the former cannot be synchronized to grid quickly.

Now the coal based power station India has gained a status of gap filler. For that retrofits are required in power stations and a coal power plant can ramp up or down by 1 percentage point of its rated power in one minute, will make more will mean more wear and tear. In future, it is necessary that coal power plants will have to be exceedingly efficient, clean and resilient. In Germany, renewable energy accounts for 55 per cent of the total installed capacity. The 1,000 MW ultra supercritical coal power plants Karlsruhe operates at high efficiency and contamination and emission is very less. Yet, it has a slot of operating at 20 per cent of its actual capacity. To conclude, even the most efficient of coal units can only be renewable energy’s assistant, never go superior in spite of its steady nature. 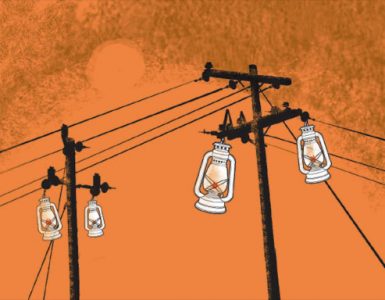