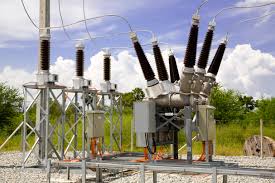 Power theft is rampant in Uttar Pradesh,India. It is to be seen whether the new initiatives will help to control it.

Electricity was one of the most sensitive issues in run-up to the 2017 assembly elections in Uttar Pradesh. The state’s electricity distribution companies (DISCOMs) were persistently performing poorly, registering large annual losses. Amid the rhetoric flowing in from all sides, one thing that was clear was the need for major reforms in the power sector.

Over the last one year, the Yogi Adityanath government’s push for major tariff hikes and reductions in power theft has drawn appreciation. However, the consensus is that the state government has miles to go before it can turn around the loss-making DISCOMs and deliver on its promise of uninterrupted power supply.As the government completes its first year in office, Swarajya brings to you an exclusive interview with Power Minister Shrikant Sharma in which he talks about his achievements, the challenges he faced when he took office and the issues he plans to address in the next few years.

1.Uttar Pradesh’s DISCOMs have been persistently performing poorly, registering large annual losses. What reforms has the government implemented or is looking at to improve their performance?

We have a scheme called UDAY (Ujwal DISCOM Assurance Yojana), under which we are working to overcome losses in DISCOMs. We are moving towards a system of 100 per cent metering. For this, the government has signed a contract with Energy Efficiency Services Limited for one crore prepaid meters and around 440,000 smart meters. Efforts are also being made to stop power theft and make sure that consumers pay bills on time. We are also conducting an extensive energy audit on all the feeders in the state and are concentrating on reducing line losses.

2.The government, you said, is working to prevent power theft. However, by some accounts, there are over 60 lakh illegal connections in the state. Power theft is one of the biggest contributors to losses that the DISCOMs are reeling under. How has the government responded to this?

To prevent power theft, we have increased the number of vigilance teams in the state from 38 to 88. There is at least one team in every district now. Some large districts have up to two or three vigilance teams. Police stations are being set up throughout the state to focus on this issue. The government has decided that everyone who informs the authorities about power theft on connections above 5 kV would be rewarded a part of the 10 per cent compounding fee and their identity will not be disclosed. Provisions have also been made for rewarding vigilance teams which act against power theft.