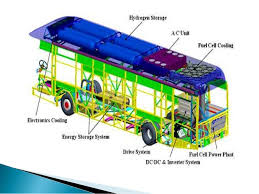 Govt sanctions 5,595 electric buses for 64 cities under FAME II
These buses will run about 4 billion kilometres during their contract period and are expected to save 1.2 billion litres of fuel

New Delhi: The Department of Heavy Industry has sanction 5,595 electric buses for 64 cities under the FAME India scheme’s second phase to give a further push to clean mobility in public transportation, according to an official statement released on Thursday.

These buses will run about 4 billion kilometres during their contract period and are expected to save cumulatively about 1.2 billion litres of fuel over the contract period. This will result in avoidance of 2.6 million tonnes of carbon dioxide emissions.

The department had invited expressions of interest (EoIs) for submission of proposal for deployment of electric buses on operational cost basis. A total of 86 proposals from 26 states and union territories for the deployment of 14,988 e-buses were received.

Each selected city and state transport undertaking is required to initiate the procurement process in a time-bound manner for deployment of sanctioned electric buses on operational cost basis. The buses which satisfy required localisation level and technical eligibility will be eligible for funding under the FAME India scheme’s second phase.

FAME India (Faster Adoption and Manufacture of [Hybrid and] Electric Vehicles) scheme is an incentive for of electric and hybrid vehicles in the country. Its first phase started in 2015 and was completed on March 31 this year. The second phase started from April 1 and will be completed by March 31, 2022[Courtesy:ETEnergyworld]