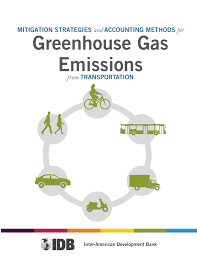 BRUSSELS: The European Unionagreed on Tuesday to reduce emissions of carbon dioxide (CO2) from new trucks and buses by 30 percent by a 2030 deadline as part of the bloc’s commitment to cut its output of greenhouse gases.

The European Parliament and the Council, which represents the 28 EU member countries, struck a compromise in the early hours that will reduce average CO2 emissions compared with 2019 levels, the European Commision said in a statement.

“For the first time binding CO2-reduction targets for trucks at the EU-level, including a clear stimulus for zero and low-emission trucks,” Bas Eickhout, a Greens lawmaker who had negotiated on behalf of the European Parliament, said on Twitter

The EU currently has no limits on emissions from heavy-duty vehicles, unlike other countries such as the United States, China, Japan and Canada. Trucks account for almost one-quarter of the bloc’s transport-related emissions.

Curbs on the transport sector, the only one in which emissions are still rising, aim to help the bloc meet its overall goal of reducing greenhouse gases by at least 40 percent below 1990 levels by 2030 under the Paris climate accord.

The bloc also has the ambition of being climate-neutral from 2050.

The EU agreed in December on targets for cutting emissions from cars and vans.

The European Automobile Manufacturers’ Association (ACEA) has lobbied for far lower reduction targets for trucks, saying their potential for electrification is far lower than for cars, particularly for long-haul transit.

“Dictating to manufacturers that they must produce a certain amount of zero emission vehicles will not guarantee that market uptake will follow,” it said before talks resumed on Monday.

Germany is home to the largest truck manufacturer, Daimler, as well as Volkswagen’s MAN. Other producers in Europe include Volvo, Italy-based Iveco, Paccar and Scania, also part of Volkswagen [Courtesy: ETEnergy World]