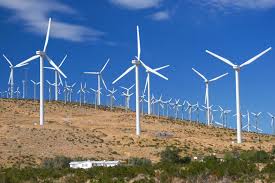 Facts,Myths and Beliefs of National Energy Policy for India.

Primacy of market and private sector

NITI Aayog, which replaced the erstwhile Planning Commission, has come up with the draft National Energy Policy during June 2017 inviting comments from stakeholders.

The most noteworthy aspect about the document is that finally at the policy making level there is open admission that everything is not well about the sector, despite tall claims by the government. The policy captures relevant facts about the sector. Facts make it clear that various ambitious programs including that for rural electrification, Indo-US nuclear deal etc has failed to deliver. The renewable energy program needs course correction. The unbundled distribution companies had to be bailed out thrice after the promulgation of Electricity Act, 2003.

The draft National Energy Policy has stated in clear terms that in future the Central Government will only play a complimentary role to the efforts of private sector. The draft policy envisages a situation wherein the decisions related to energy sector are driven by market forces alone. It seeks to rejuvenate the ‘halted’ reforms in power sector, which includes the disastrous proposal of separating distribution and supply (separation of wires and content) as contained in the Electricity Amendment Bill, 2014.

The draft policy relies on the market to determine price for all forms of energy including coal, gas, renewable energy and electricity. It wants the price of electricity to be made uniform across all sections of consumers. The present practice of cross subsidy will be phased out and the burden of subsidy shall be fully transferred to the state governments. The subsidy, if any, shall be provided to beneficiaries through direct benefit transfer (DBT) by the state government. The draft policy expects the market to take care of the development of renewable energy sector also.

Developing alternate models to provide affordable power to all

To improve access, availability and affordability of Electric Power in the country, the reversal of current set of neo-liberal policies and evolution of an energy policy having a strong belief in our public sector institutions is required. What is required is a National energy policy that focus on effective taping of the domestic natural resources including coal, oil, gas, hydro, thorium, solar, wind and all forms of renewables through the strong public sector institutions created by Independent India. As witnessed recently in Kerala, an alternate policy relying on the strengths of its public sector institutions could achieve the target of universal access to electricity much ahead of National target. KSEB Ltd., in association with the strong local self governments and public institutions like ANERT and EMC could ensure universal access and availability of affordable electric power to all households, within less than an year of declaration of its intent by the state government.

Kerala has time and again created successful alternate models that keeps needs of its citizens central to the development agenda. It is time to evolve an alternate state power policy that can transform its power sector to deliver world class services and at the same time ensure equitable distribution of power to all. Only with such an alternate agenda can the disastrous policy offensive of the central government be effectively countered. The success of an alternate policy will very well fuel the much needed struggles against the perilous path of reforms advocated by the national energy policy

Even after these bailouts the finances of DISCOMS are in poor shape. The market driven reforms prescribed under the neo-liberal agenda that the country embraced in early 1990’s has not delivered what was promised. There is a felt need for improvement. However, the draft policy prescribes the same market driven path for the road to recovery! This paradox can only be an outcome of blind belief in so-called efficiency of the market.

The document in unequivocal terms accepts the reality that the prestigious Deen Dayal Upadhyaya Grameen Vydyutheekaran Yojana (DDUGVY) as well as its previous version named after former Prime Minister Rajiv Gandhi (RGGVY) has failed in achieving its declared target of universal electrification. While the Government has now introduced another attractively named program “Saubhagya” presumably to give impetus to the ongoing project, but with a meager fund allocation of Rs 12,320 Cr against a mammoth target of covering around 4 crore unconnected households by end of 2018, the NITI Aayog appears to be more realistic. The policy estimates that the  target of universal electrification can be achieved by 2022 only. As per estimates of NITI Aayog, 30.4 Crore citizens of the country does not have access to electricity today. Vast majority of Indian population is reeling under severe energy poverty with the country’s per capita electricity consumption a little over 1,000 units, which is only half of world average.

The darkness surrounding the lives of our fellow citizens even in this 21st century is a matter of immense shame and grave concern. Universal access to modern forms of energy, especially electricity, is fundamental to ensuring a decent living. With the development of science and technology, the gradual shift from usage of various primary forms of energy to electrical energy, in every sphere of life is visible. The draft policy endorses this fact and showcase electricity even as a clean cooking fuel which shall replace cow dung, biomass, kerosene and even LPG.

The policy has not squarely addressed the challenges while proposing a vision for an energy secure future for the Nation.

The country has to enhance its annual electricity generation to a level of about 7957 Twh (79,57,000 MUs) with an installed capacity of around 1344 GW (13,44,000 MW) to achieve the above target of per capita consumption. At the current pace of development it appears that India could achieve a per capita electricity consumption level of 5,000 units by the year 2052 only.

When coming to questions of energy security, the draft policy underscores the role of Nuclear power to ensure a secure energy future.Â

As per data available in public domain, the country has proven Natural Uranium reserves to the tune of 61,000 Tonnes which can sustain a generation capacity of 32,800 MW through Pressurised Heavy Water Reactors (PHWR). At the same time, with fast breeder reactor (FBR) technology the same quantum of reserves can sustain a huge capacity of 4,22,310 MW. FBR comprises the second stage of the 3 stage Nuclear cycle indigenousLY evolved by Indian scientists. On commercial operation of the AHWRs the abundant Thorium reserves of the country assessed at 2,25,000 Tonnes could sustain an electricity generation capacity of 15,55,200 MW.Â

Despite the huge potential, the policy targets a modest capacity of 63,000 MW of Nuclear capacity by 2030. At the same time, it needs to be acknowledged that the target seeks a ten fold increase in the country’s nuclear capacity. The target appears reasonable in the given timeframe. The document realises the failure of the much debated Indo-US nuclear accord and is not emphasising on the LWR route the accord provided for. At last, it appears that the Indian policy makers are awakening to the the potential of our indegenious PHWR and FBR route to enhance energy security of the country. At the same time the document is almost silent on investment in developing the third stage of the closed nuclear cycle utilising country’s thorium resources.

Rough estimates of hydro potential of the country is pegged at 1,50,000 MW out of which only 39,000 MW is tapped so far. The policy calls for reorienting hydro power strategy for course correction. It suggests redefining project life for hydro plants as 60 years instead of present 35 years, which can help in bringing down tariffs significantly.

As per data published by Ministry of Coal, India has abundant resources of coal which is currently pegged at 293 Billion Tonnes out of which 118 Billion is proven. While the estimated reserves of coal can sustain an installed capacity of around 14,67,000 MW, the proven reserves can sustain a capacity of about 5,90,000 MW. The conventional hydro carbon reserves comprising crude oil and natural gas reserves is estimated as 2090 Billion Cubic Meter. The proven reserve of 1330 BCM natural gas can sustain a generation capacity of 67,000 MW. The proven reserves comprises only a small percentage of the probable reserves held by the country. Out of 3.17 Million Sq. Meters of sedimentary area only 19% has been explored so far. This is the case for shale gas formations also. As per current estimates, with majority of the sedimentary basins still remaining unexplored, India has a potential of 584 TCF of shale gas (in the explored basins) out of which 96 TCF is in the recoverable category based on current availability of technology.

The neo-liberal policies of last two decades has resulted in handing over of sizable portion of these resources to profit mongering private corporates who are holding on to the resources instead of taping the same for productive use, presumably on expectations of better market driven prices in future.

Unfortunately, the draft National Energy Policy while correctly assessing the realities of Indian energy sector, thereafter turns course based on policy prejudices and plays to the tunes of private capital. Thus the draft policy advocate for market determined pricing for coal along with allowing commercial exploitation of coal fields by the private sector. It also advocate for releasing data on country’s geological reserves of oil and gas to private sector for commercial exploitation. It also calls for separate regulators for coal and oil/gas sector, to provide comfort to private capital.

If the policy is allowed to prevail as such, the country will witness further increase in electricity prices as soon as the price of primary fuels are left to be determined by market.

After going full blast on renewable energy for several years, the policy is slowly awakening to the perils of depending too much on the intermittent forms of renewable, namely solar and wind. It also recognises the hidden costs that the power system bears while accommodating such intermittent sources, which is currently socialized. Thus, the policy suggests gradual withdrawal of must run status and starting levy of transmission costs for renewable energy, as for any other source. It calls for including the costs for balancing the intermittency, like different forms of energy storage, into the prices of renewable energy. It suggests contracting RE power along with balancing power, considering the combined costs. The policy also advocates for establishing renewable energy management centers at state level. The present promotion of renewable power on the basis of legally enforced targets for renewable power purchase is to be done away after 2022.

On fighting climate change, the policy recognises the role of big hydro plants and nuclear power plants which are indisputably renewable forms of energy.[Courtesy:KSEBOA]