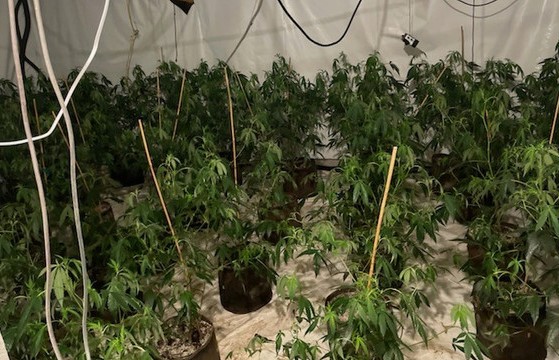 Is there any association between growing up of marijuana and performing Power theft? How are they related? Are cannabis and marijuana the same? Why Power theft is rampant where indoor grow- house of marijuana flourishes? Has it got any direct relation with the crime rate of a state?

Generally, there is no difference between marijuana and cannabis and the two terms are habitually used to designate the same thing. Cannabis describes cannabis products in general. Marijuana specifically refers to cannabis products that are made up of dried flowers, leaves, stems, and seeds of the cannabis plant. Cultivation of cannabis is illegal in nature; however, countries have accepted legal growing for medicinal reasons. Countries that have legalized the medical use of cannabis include Argentina, Australia, Barbados, Brazil, Canada, Colombia, Croatia, Cyprus Czech republic, Denmark, Finland, Germany, Greece, Ireland, Italy, Jamaica, Lebanon, Lithuania, Luxembourg, Malta, New Zealand, North Macedonia, Peru, Poland, Portugal, Rwanda, Saint Vincent and the Grenadines, San Marino, Sri Lanka, Switzerland, Thailand, the United Kingdom, Uruguay, Zambia, Zimbabwe, etc. In the United States, 36 states have legalized the medical use of cannabis, but at the national level, its use remains prohibited. Legal or not, the consumption of cannabis or bhang is seen in many parts of India.
Sensational headlines across news channels appeared within the case connected to the death of actor Sushant Singh Rajput that put several celebrities under the scanner. Now, the son of Shaw Rukh Khan, Bollywood superstar and film personality hits the media for alleged consumption of drugs and late-night parties. Like many countries, the law prohibits and criminalizes the sale, possession, transportation, and cultivation of cannabis in certain forms in India.
Recently in California, in, United States, a person was arrested, accused of growing pot, stealing electricity. He was arrested for Cultivating Marijuana and theft of electrical power after it was discovered that the dwelling place had an electricity- bypass connection which allowed him to grow the marijuana without being charged correctly for the electricity being used. Another man was arrested as he was illegally growing marijuana and stealing electricity.
There is an association between indoor marijuana growing and performing power theft – the two extremely different Concepts. Indoor marijuana growth operations are some of the biggest electricity thieves in Europe and the US. The indoor plants are superior in ‘quality with a proven record of 30% more toxic in nature. This indoor cultivation requires two ingredients viz high intensive light and temperature control. Both require a huge quantity of electricity. To make the business more lucrative, people steal electricity so that the expense involved can be limited. It was described by Awe sense, an energy theft sensor and software detection company, as “Electricity is one of the biggest costs for marijuana grow facility. Marijuana grow-ops have been the largest single industry for power theft.” Inspections have revealed that marijuana growers are high-energy consumers because they use special energy concentrating lights to make their crops grow faster indoors. In the US, several people are arrested for growing marijuana and subsequently stealing electricity. Many tamper underground cables also to reduce electricity usage for this purpose.

Earlier this year The Pacific Gas and Electric Company (PG&E) has estimated a total loss from the power theft of more than USD 16,000 when police and drug agents raided a location and seized 876 marijuana plants and discovered an electricity bypass in a dwelling place. Asia has also seen an increase in marijuana growth. In Korea, police have arrested a person for growing 46 marijuana plants in his apartment. The value of the bust is estimated at USD 1.8 million and it is believed that the plants could have served up to 92 000 individuals. To conclude, no country is an exception as far as power theft is concerned. Millions of revenue are siphoned away; making the power utilities march towards bankruptcy. Growing marijuana has multi-faceted illegal activity both in the eyes of narcotics law and Electricity laws.