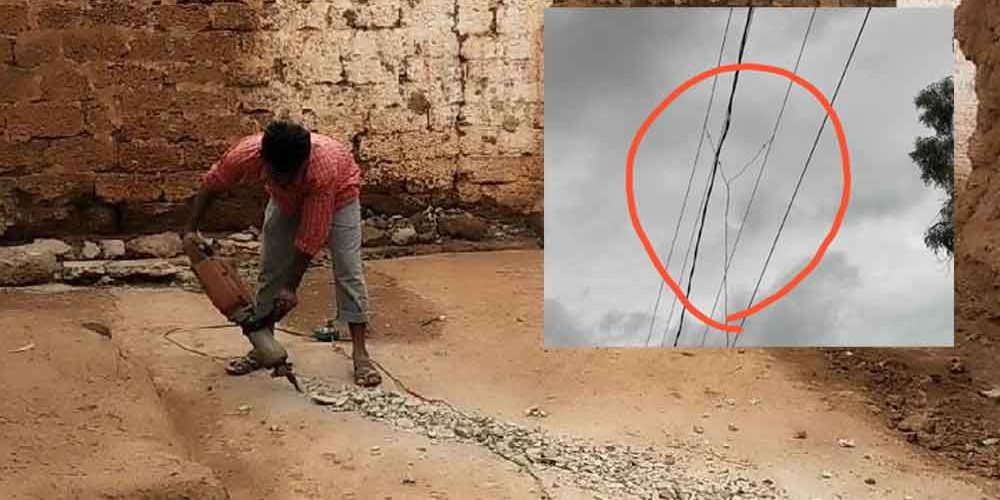 Power Theft going on unabated at Government works in Hyderabad

Zaheerabad: The pilferage of power has become common in many villages where government works are taking place. The Hans India reported about tampering of electricity meter in the construction of Government Hospital at Kohir recently and an action was initiated by the officers concerned. Contractors who have taken up the government projects are resorting to such malpractices.

The pilferage of power is going on in the prestigious projects like ‘Mission Bhagiratha’. Not just in one place, it is a common seen in many villages of Zaheerabad constituency, where MB works have been going on. As much as 75% of works are completed, but there was no checking or inspection by the electricity officials. When asked about the incident to the official of Mission Bhagirtaha Saber Hussain, he expressed his helplessness as the contractor has strong political connections. Responding on the issue, DE Avadhutha Jayaramulu said they had received complaints earlier and filed cases also. “We take action, if anyone brings the issue to our notice,” he assured. [Source-https://www.thehansindia.com/news/cities/hyderabad]