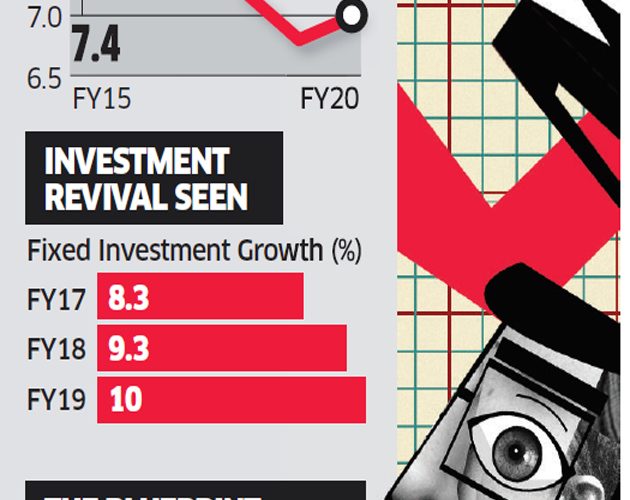 Power Theft: Not just to save on the power bill,but to evade tax also.

The section on energy highlights Indians’ energy poverty but fails to touch upon excess capacity in power generation.

The Economic Survey has several new, innovative chapters and marshals new ideas, but disappoints, overall. It is more ‘economist discovers the real world’ than a guide to policy that would tackle urgent problems facing the economy. The blue-skythinking that the survey presents as its major innovation might be new for professional economists trained in the world of perfect rationality, perfect markets and equilibria but politicians and policymakers of all generations have thought of economic growth as an integrated, holistic process and outcome of private enterprise, enabling public investment, savings, institutional growth, human capital development and macroeconomic stability.

The most pressing issue before the economy is a broken financial system, for which resolution under the Insolvency and Bankruptcy Code is only a partial solution. The absence of a mechanism to bridge the asset-liability mismatch in infrastructure finance can durably be addressed only by developing a vibrant bond market, whose centrality and urgency is lost in the survey’s sundar (beautiful) excitement over behavioural economics, the possibility of using data productively and the feasibility of legal reform. If gross fixed capital formation has been low of late and investment is seen as the way to alter that, financing solutions become key.

The section on energy usefully highlights Indians’ energy poverty — per capita consumption is one-third the global average — but fails to be outraged at the simultaneous coexistence of so-called excess capacity in power generation, power plants for whose output there are no takers, leading to non-performing assets on the books of banks that lent to them and depressed capacity utilisation. The policy corrective needed is not fancy data analytics or gentle nudges for behavioural change but the summoning of political will to stamp out power theft and the notion that free power is a rightful expectation for anyone other than the poor.

Considering that chief minister Modi had shown the way in Gujarat on this score, along with his Communist counterpart in West Bengal when communists had not yet entered the list of endangered species, it is entirely rational to expect Prime Minister Modi to lead the needed behavioural changes on the part of politicians and consumers across the land. s have thought of economic grow ..

Theft of power by an industrial unit is not just to save on the power bill. It is the starting point for going off the grid for producers who evade tax only about one lakh units are T K Arun Top Trending News Not to be Missed Search for News, Stock Quotes & NAV’s Agriculture Finance Foreign Trade Indicators Infrastructure Policy Home News Podcast Elections Company Industry Economy Politics and Nation Defence International

The survey makes a good case for making better use of the huge amounts of data captured by different state sector entities. But this calls for dispersed capacity for data analysis across the system or setting up of at least one state sector agency for advanced data analytics, besides an effective data protection law that covers misuse of personal data by the state as well.

Over the past few years, the Economic Survey has evolved from an official perspective of the policies that need to be adopted, emanating from a discussion of the state of the economy, to a professional economist’s own take on what could be done. Given the politician’s reluctance to follow professional advice, the survey serves more to illuminate than to lay out a policy guide. The latest iteration does that job well. [Courtesy:The Economic Times]