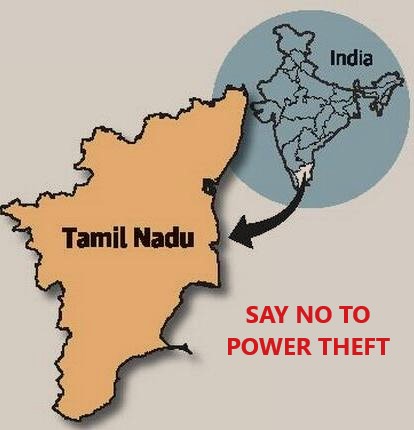 The south Indian State of Tamil Nadu has openly exhibited their inability to control Power Theft. While efforts are on to follow the guidelines of Revamped Distribution Sector Scheme (RDSS) of Government of India to reduce the Aggregate Technical & Commercial (AT&C) loss. The state Government-owned distribution utility Tamil Nadu Generation and Distribution Corporation (TANGEDCO) though initiated steps to reduce loss and curb Power Theft, actually groping in the dark.
The Government of India has set a target of reducing AT&C loss to eight per cent by 2025-26, many south Indian States are moving ahead to achieve the target. The Kerala State Electricity Board Ltd(KSEB) another state-owned utility a few among its kind in India where all power sector activities are governed under one umbrella has gone much ahead hoping that the target would be achieved by the designated schedule. In Tamil Nadu, out of every 100 units of electricity made available for distribution, 18 units are lost either by way of Power theft or losses.
It’s a scientific fact that technical loss cannot be brought to zero, but commercial losses which include Power Theft, faulty energy meters in service etc contribute to the rest of the AT&C Losses can be avoided to large extent, if not fully. Enforcement officials under erstwhile TNEB have made many successful operations unearthing high-tech power theft done on high tension consumers, especially in Chennai and Madurai. However, such stories are now part of history only. One of the reasons for the uncontrollable Power Theft in Tamil Nadu is inefficiency in the operation of its functional unit for detection of Power theft ie Enforcement wing
The Anti-Power Theft Squad (APTS) was formed during the year 1983 and redesigned as Enforcement Wing later. But the change appeared only in the nomenclature of the wing and not in their functioning. Another issue is the least importance assigned to the wing. For example, there are Twenty-one Enforcement Squads, functioning throughout the state, having a consumer strength of about 31 Million in comparison to its neighbouring state Kerala, with fourteen Anti Power theft squads functioning just for 10 Million Consumers under Kerala State Electricity Board Ltd(KSEB). This is in addition to numerous Division squads working in KSEB. The per capita consumption in Tamil Nadu is 1515 units in 2020 which are 125% more than the national average.
The state of Tamil Nadu is crippled with Power theft at one end and losses on another side. The officials have already admitted their inability to control Power theft. Another key issue is the lack of training given to the enforcement wing to keep them updated with the latest development globally in smart metering; There are fifteen training centres in Tamil Nadu to facilitate the capacity addition of its employees of which ten are exclusively for the distribution wing. It is not known whether these institutes impart sufficient knowledge to distribution engineers to identify Power Theft and to detect them.
Apart from smart metering, switching on to Prepaid metering and Tamper-evident energy meters are other areas to pay attention to. Many utilities are boasted to have installed with tamper-proof meters in the distribution sector. There is no tamper-proof meter but only tamper-evident meters. Power theft would be rampant if agricultural electricity is given either free of cost or unmetered. This is yet another reason behind the uncontrollable Power Theft in Tamil Nadu.
Industrial consumers contribute the highest revenue in TANGEDCO and no revenue from Agriculture despite 17% of sales. It is high time for TANGEDCO to initiate all steps to control Power Theft and losses by implementing – Metering of Distribution Transformers – Feeder bifurcation – Adoption of APDRP – Compulsory metering – Energy Audits – AMR Meters Technology advancement in these areas may fetch not only additional revenue by way of reduces power sector Loss, but reduce Power theft also. A recent study revealed that the loss sustained to the exchequer is around 41200 Million INR (540 Million USD) per annum due to Power theft also. It is high time for the stakeholders to trigger actions failing which the situation in TANGEDCO may soon march towards an uncontrollable situation and paralyze official machinery. Under Electricity Act 2003, if other utilities can move ahead why can’t TANGEDCO? Stop exhibiting powerlessness. set the trigger to book the thieves is the need of the hour. 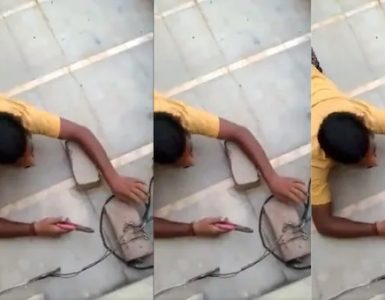