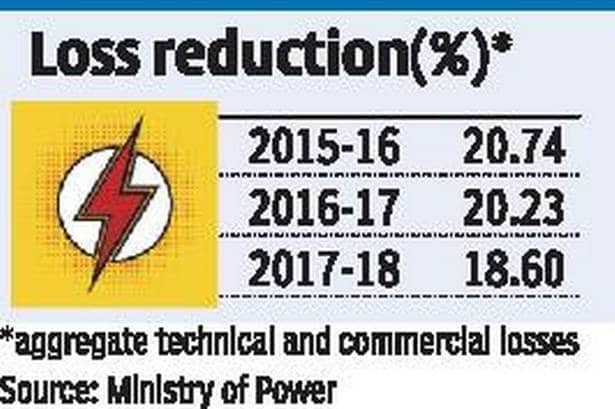 The Ministry of Power has put its faith in the second leg of power distribution company reforms under the Ujwal DISCOM Assurance Yojna (UDAY) 2.0. This is despite not fully achieving the goals under UDAY 1.

However, UDAY 2.0 will not be initiated before the general elections, according to the Minister of State (Independent Charge) for Power and Renewable Energy, RK Singh. “We are currently in the drafting stage and then we will have to have around three rounds of discussions,” he added, hinting that UDAY 2 will not be ready before May.

“UDAY 1 looked at the intervention in terms of reducing the debt burden. UDAY 2 will look at interventions in terms of technology and enablement to further achieve the same objectives. This will mean aerial bunch cables, smart metering, providing some funds for dedicated police units which will be attached with the distribution companies, to prevent theft,” Singh said.

In November 2015, the Cabinet had approved the first Ujwal DISCOM Assurance Yojna or UDAY 1. The scheme provided for the financial turnaround and revival of power distribution companies (DISCOMs) to ensure a sustainable permanent solution to their problems. UDAY 1 had mandated operational efficiency on DISCOMS, targeting to reduce the nationwide aggregate technical and commercial (AT&C) losses from around 22 per cent to 15 per cent by 2018-19.

According to the latest numbers, the nationwide AT&C losses stood at 18.6 per cent at the end 2017-18. Commenting on the performance of UDAY 1, Singh said, “If you look at the full year, in 2017-18 the national AT&C losses are less than they were in 2016-17. State-wise there has been some unevenness, some States (performance of DISCOMs) have declined consistently, some have declined but now improved. Overall, the losses have come down.”

“In the current financial year-end, what is going to happen can only be estimated. But, the volume of power has also gone up, therefore even if you have the same volume of loss, say at 20 per cent, it will translate into a higher figure in absolute terms,” he said.

“UDAY 2 addresses the problems of meter reading, billing, collections and leakages or theft. The Power Distribution Companies were in trouble due to two aspects, one was the huge debt burden, which was addressed by UDAY 1, and the second are these aspects that UDAY 2 will address,” he said.

“For metering, billing and collections we are going for technology through Smart Meters. That is something we are including in UDAY 2. And it will be mostly funded through the Operational Expenditure so the States or Centre will not have to put up much money upfront. But that will do away with the problem of meter reading. To tackle theft technologically, we will go for aerial bunch cables, this will be supported by the Centre,” he added.[Courtesy:Business Line]