Goals set under Saubhagya scheme have not been missed: Centre

The Centre claims it has not missed the goals that had been set under the Pradhan Mantri Sahaj Bijli Har Ghar Yojana – Saubhagya. Instead, most of the reportedly unconnected households under the Saubhagya scheme in States such as Uttar Pradesh are those that were indulging in pilfering power, a top official in the Ministry of Power said.

The Centre’s initial focus was to ensure connecting all willing households. It is now up to the State governments and police administration to plug power theft from the unmetered households.

The target then set was to electrify all willing households in the country by March 2019. But the Ministry of Power subsequently set a new target date of December 31, 2018 for the scheme.

By December 31, the Centre claimed that 100 per cent household electrification has been achieved in 25 States and 2.39 crore households connected since the launch of the Saubhagya scheme.

But 10.48 lakh households were left to be electrified in Assam, Rajasthan, Meghalaya and Chhattisgarh then

In Uttar Pradesh, where the initial estimates were to connect 1 crore homes, the State government declared saturation when 74.4 lakh willing households were electrified.

“There have been meetings with law enforcement officials to check pilferages. Our first goal was to connect all willing households because if we would have pushed for checking power theft, it could have blown into a political issue and the mission would have been derailed. The next step now will be to regulate those who have been drawing power supplies illegally,”

The Centre also expects power demand from newly connected households under the scheme to grow in 6 months as consumers get assured of reliable supplies.

“Once consumers realise that there is consistent power supplies, they will want to purchase more appliances, thereby driving up power demand,” he added.[Courtesy:BusinessLine. ] 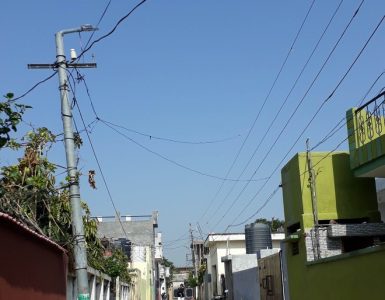