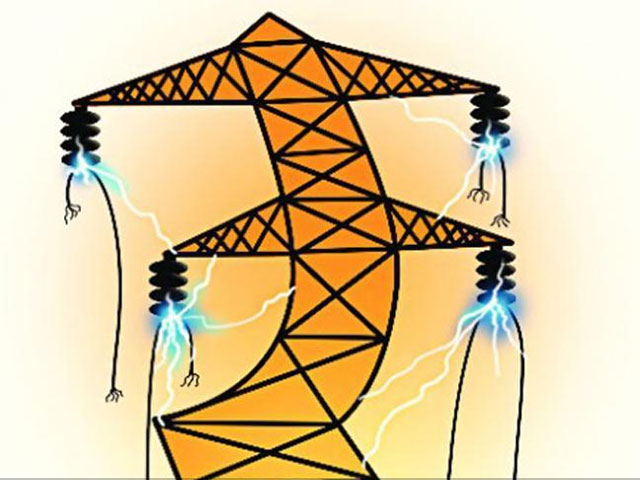 Power Crisis – Are we serious?

With the mercury touching almost 45 C along with power cuts of several hours continuously, the present unprecedented ‘Power Crisis’ is one of its own . Public is left managing water – power and leaders rubbing salt on their wounds of desperation with lip services only not to mention the year after year promises of 24X7 uninterrupted power supply by respective governments but on ground these have remained hollow promises and nothing else. The question is with so many schemes of centre for power infrastructure like Deen Dayal Upadhyaya Gram Jyoti Yojana (DDUGJY) scheme designed to provide continuous power supply to rural India, Tarang for infrastructure development of power transmission lines and substations, Rural Electrification Corporation (REC), Grameen Vidyut Abhiyanta (GVA),UDAY, UJALA, URJA, Vidyut PRAVAH for purchase of electricity to name a few, but as is the case with various laws of India which are not applicable to J & K due to special status, various schemes of power sector have also failed to improve power conditions in J & K.

Right now daily projected demand is around 1930 MW to 2000 MW which is met with a shortfall of approximately 20 percent but this demand is only as per present receiving and transmission infrastructure where as the actual demand is much more resulting in few hours supply and rest unscheduled curtailment . Right now approximately 40 number of transmission line projects both inter and intra state are allocated to J&K under TARANG and except for 15 odd rest all have failed to even get started due to various reasons from land issues, no response to tenders or security issues. Similar is the fate of 46 sub stations for which work is moving at snail’s pace due to similar reasons. Most interesting thing is that many of these projects are under PMDP and still there is lack of intent by authorities to get them completed in time. The delay in projects of Kashmir can be attributed to prevailing law and order issues but non completion in Jammu division is nothing but sheer criminal negligence. Recently only Government took serious view of the delay and rightly suspended some senior engineers of PDD but still lot has to be done to get the things back on rails. Without network of sub stations and transmission lines we cannot purchase more power from Northern Grid as we cannot transmit or distribute more with the result there can be no solution to existing power woes of the state.

Quite number of households are still without power connections, moreover metering of existing consumers seems to be a never ending process despite repeated reminders by Central Government from time to time. J&K State billing of electricity was just 47 per cent and out of 47 per cent consumers billed, only 64 per cent were making payments of power consumed by them which means that only 30 per cent power customers in J&K pay for the electricity consumed by them. Most importantly even this 30 percent recovery is mainly from Jammu division. Government is also facing huge revenue loss due to its own failure to revive State Electricity Regulatory Commission (SERC) as in the absence of functional regulatory body Power Development Department as well as Power Development Corporation could not revise power generation and distribution tariff for two consecutive years . A MOU was signed between Ministry of Power , GOI and Government of J&K on 15th March 2016 for achieving financial and operational efficiencies in distribution of power.PDD had a huge revenue deficit of Rs 3913.50 crores till the financial year 2014-15 and outstanding liabilities of CPSU to the tune of Rs 3537.55 crores at the end of September 2015.Under clause 7.4 of UDAY scheme State government was allowed to borrow all outstanding of PDD of CPSU with a number of riders like no bank or financial institution will not provide short term debt to State Government for financial losses, installation of LED lights, improvement in efficiency of state power generating units, hike in tariff from time to time ,reduction in transmission losses from 4.13% in 2014-15 to 4 % by 2019 and reduction in AT&C losses from 61.3 % in 14-15 to 15 % by 2019-20. But our state failed in all these targets and instructions with the result rap from GOI on the knuckles and it seems state doesn’t want electricity at all. With 100% electrification of households still pending, our AT & C losses are still pegged at 57.4 % and ACS-ARR Gap is Rs. 2.38 per unit against AT & C Loss of 18.21%,ACS-ARR Gap of Rs. 0.68 per unit for Punjab , AT & C Loss of 3.63%,ACS-ARR Gap of Rs. -0.09 per unit for Himachal and all these figures speak itself how serious our authorities are in implementing the much needed reforms.
Coming to generation, Jammu and Kashmir State Power Development Corporation (JKSPDC) owns, operates and maintains 23 hydro power projects varying from micro to major in capacity. Of these three power projects Sewa-III, Satakna and Mohra are non-operational for quite long period as these require renovation, up-gradation and modernization. DPRs for nine of 13 Small Hydro Projects taken up under Prime Minister’s Development Package by JAKEDA have been prepared , finalized and DPRs for the remaining four is under progress. The 15 KW solar power plant is lying defunct at Sub District hospital Pampore. This solar plant was installed in the hospital in November 2012, but it developed snag within six months only. Similarly large hydro electric projects and solar plants are running far behind schedule due to various reasons from labor issues, land acquisition or companies leaving the projects due to cost escalations. The water usage charges levied on the electricity produced by CPSU’s like NHPC has made the power generated so costly that they are not able to sell it to Northern Grid.

Another important issue is Restructured Accelerated Power Development Reforms Programme (R-APDRP), projects which are nowhere near completion. Even wherever they have been completed, no planning was done right from actual load to erection and quality of work with the result transformers /cables get burnt out and since they are to be maintained by the executing agency for warranty period, public is left facing the heat as they contact PDD for complaint which they refuse to entertain and since no direct contact between public and executing agency, who will attend the complaint is a million dollar question. Another factor is non filling of transformer oils at respective sub stations as no data sheet is maintained and if maintained no cross checking by any flying squad with the resultant fluctuations and transformers getting burnt out due to overheating. There are no flying squads for electricity theft and if there are any they are not performing their assigned duties as power theft is the major reason for losses. No accountability for respective zone S.E.’s or Xen’s has been initiated with the result it’s free for all at present. If railways can implement no promotion for delay in trains why same cannot be implemented by PDD. All carrots and no sticks have put this department in sleep mode. The field engineers and linemen are the ones who face public fury as it’s a nightmare in summers. Why Government can’t issue an SRO for ac dealers not to sell any ac without a power bill and as such proper load checking is done. If everyone can provide AADHAAR information for a SIM, submission of electricity bill should not be an issue for anyone.

Scarcity of power can be attributed to 70 years of bad planning by previous Governments but even during present Government’s tenure things have moved at snail’s pace despite massive funds to the tune of five thousand crores available under various schemes. Heads have rolled with the change of Power Minister and Commissioner Secretary, but it remains to be seen whether there will be any visible changes in the future as the main culprits on the ground who are supposed to implement it go scot free. Time has come for a change in work culture of every organization and perform or perish should be the policy of future. Government should immediately assign the best of their engineers for the task on war footing and give them incentives like out of turn promotions to the deserving ones. Dead wood of this ailing department should be taken to task immediately. Reorganize the department to make it efficient as lots of vacancies have been created with inconsequential results. Though some of the largest Power projects are coming up in J&K and state may get its free share of 10 percent to 12 percent but by the time these projects will be completed power consumption will be doubled and as such unless until Government implement reforms with intent nothing will change on ground.
With half hearted, patch work like reforms for the looming power crisis one can ask the Government, “Are we serious ?”
[Courtesy:Rajan Gandhi,www.DialyExcelsior.com]