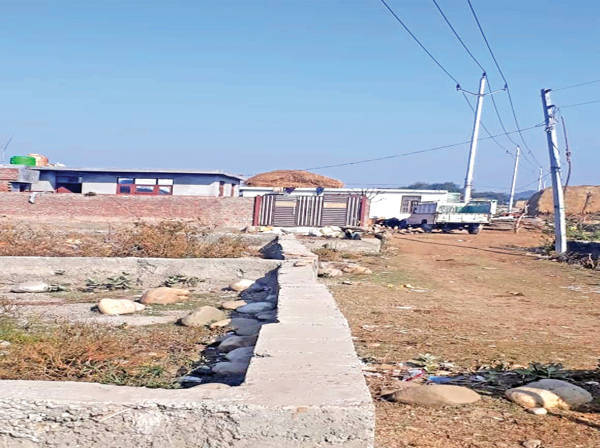 JAMMU: Even as poorest of the poor in Jammu are paying hundreds of rupees power tariff each month to have a semblance of light in their homes, the Gujjar encroachers in the ‘fast upcoming posh but illegal Nikki Tawi Colony’, adjacent to Fourth Bridge, are enjoying the lavish supply, round-the-clock and free of cost. The power consumption can be anybody’s guess, involving thousands of rupees, given the use of electric gadgets like geysers, heaters, induction plate, refrigerators and air-conditioners, depending upon the season.

The whopping usage of power in the illegal Nikki Tawi Gujjar Colony may sound strange but it is true that despite annual power purchase bill of Jammu and Kashmir touching Rs 6,500 crores and power liabilities about to cross Rs 4,000, the Jammu and Kashmir Power Development Department is being pressurised to ensure 24×7 power supply free of cost.
At present hundreds of families, who have encroached the state land, are enjoying ‘kundi’ connection and not even paying monthly bills at flat rates. Reason, none of these households have legal power connection issued in their name. However, the question arises as to how the transmission lines were laid in almost deserted ‘desert’ years ago?
The PDD claims that since the area has not been regularised by the government and major chunk of the State land has been encroached, no connection has been allotted. If so, the question arises as to what the enforcement wing of the PDD is doing, which remains on tenterhooks to book the violators in the colonies having legal and metered connections?
Interestingly, several houses in the area have subscribed to DTH connections and the owners using other luxury electronic appliances. As if it is not enough, the SUV’s can be seen parked in good numbers besides two wheelers and family cars in abundance. However, paying for the usage of electricity remains a taboo.
Several commercial shops, including welding shops, furniture making shops, provision stores and other establishments, carrying out other businesses are electrified by ‘Kundi’ connections.
Talking to STATE TIMES, owner of Kareem Karyana Store in the area claimed they get 24×7 power supply but till date they have not been provided with metered connections.
He said they have arranged power supply by laying 1 km long cable. He claimed the power transformer is stationed at least 1 km from his shop and all the households have taken ‘kundi’ connections to ensure power supply to their homes.
A PDD engineer told STATE TIMES, “No one in the PDD can dare go there because instructions have come from the top bosses not to touch these land encroachers or demand any rental from them”.
“As the officers of the rank of Chief Engineer pass verbal instructions to junior officers to ensure power supply for land grabbers, who will book violators for power theft”, he added.