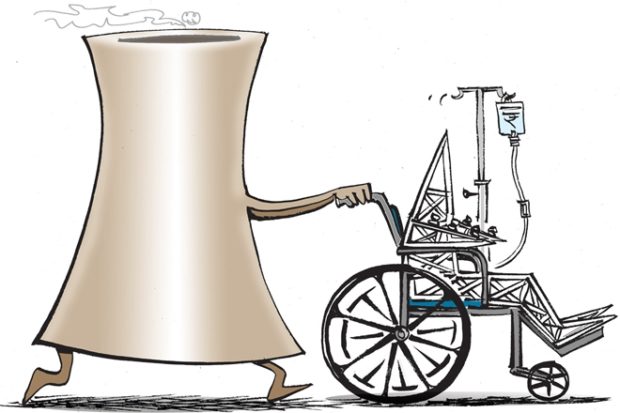 UDAY discoms: Why states must do their part on last-mile distribution of power and take politics out of it?

The central government has also acted on its commitment to states for UDAY. An audit for all rural feeders was undertaken to understand where the power theft and pilferage comes from.More than half of all urban and rural feeders have been metered, which helps closely monitor the point of power theft.Several states have employed citizen-led vigilance squads to prevent power theft.The best operational improvement under UDAY has come on the tariff-cost gap (the difference between ACS and ARR) parameter.

While the Centre must resolve issues on thermal power generation, coal sector reforms, deployment of smart meters, and transmission, and states have to do their part on last-mile distribution and take politics out of power pricing, there have been significant data-backed improvements under UDAY for discoms.
What all things have happened in the Indian power sector after the Ujwal Discom Assurance Yojana (UDAY) was implemented? This has been a hot topic of discussion in the last one year or so. UDAY, launched in November 2015 by then power minister Piyush Goyal, was meant to help the state power distribution companies (discoms) improve their financial and technical health. Discoms have historically been debt-laden and loss-making. State governments would keep subsidising either the power rates for specific types of consumers, or fail to recoup the money owed to their discoms for years together. Discoms would keep accumulating losses and enter a spiralling debt-trap. UDAY tried to put an end to both the financial as well technical mismanagement.

The former Coal secretary, Anil Swarup, recently wrote how giving more power to discoms would help solve their problems. His contention is that UDAY was a top-down mandate which hasn’t worked sufficiently on the ground. Swarup has raised valid points on the accountability of states. But picture this: On March 31, 2015, the financial year base when UDAY was launched, all state discoms put together had an outstanding debt of Rs 4.3 lakh crore and accumulated losses of Rs 3.8 lakh crore. If states had either the vision or the wherewithal to do something about managing their discoms better, they would have probably done that even without UDAY.

Before UDAY, the state governments were effectively underwriting the servicing of all the debt taken by their discoms. Discoms would borrow at a much higher rate of interest compared to what states could borrow, run up a large interest bill, and effectively leave states to guarantee its payment. The financial restructuring part of UDAY converted this de facto state debt to de jure state debt, asking state governments to take over discom debt. This obviously led to the worsening of the debt-to-GDP ratios for states. But then it also brought out in clear what debt states were actually servicing, directly or implicitly.

In fact, getting measured on debt-to-GDP is the best way for states to reduce this ratio. The Fiscal Responsibility and Budget Management (FRBM) Act targets are seldom adhered to by states. But the UDAY restructuring brought full FRBM visibility of states’ financial health to the monitoring agencies.

There’s been an oft-repeated contention that UDAY did not lead to any operational improvement for discoms. This contention is made usually based on point-in-time data. The discom performance data is, however, not uniform through the year. Monsoon and early winter months almost always bring more disruption and less operational control.

As of March 2018, when the audited data for state discoms was available, losses of the state discoms were down 70%, with states taking over their debt, discoms showing a marked reduction of 5% in the aggregate technical & commercial (AT&C) losses, and a near-60% improvement in the most important operating ratio of discoms—the unitised gap between the average cost of supply (ACS) and the average revenue realisation (ARR).

The central government has also acted on its commitment to states for UDAY. An audit for all rural feeders was undertaken to understand where the power theft and pilferage comes from. About two-thirds of feeder separation between urban and rural feeders has been completed. In fact, some states like Maharashtra are already launching programmes to exclusively use renewable energy for rural feeders and help agricultural consumers with better power availability, while reducing own cost of operations. More than half of all urban and rural feeders have been metered, which helps closely monitor the point of power theft.

Since the launch of UDAY, the accumulated losses for discoms are down almost half, to Rs 1.7 lakh crore. A significant part of this achievement has come due to the narrowing gap between ACS and ARR. The full-year audited AT&C losses for discoms under UDAY are down from 24% to less than 19%. States with tough terrain to handle, such as Manipur, Jammu and Kashmir, and Assam, and poor historical operational track record, such as Rajasthan and Bihar, all improved as of March 31, 2018.

There’s still a lot of work needed for many states to reach the 15% AT&C loss threshold as mandated in UDAY. But several states have tried hard to meet their commitments. The spotlight on AT&C losses has been leveraged by states like Haryana and Rajasthan to reward villages with uninterrupted power if they pay all their dues. Several states have employed citizen-led vigilance squads to prevent power theft.

The best operational improvement under UDAY has come on the tariff-cost gap (the difference between ACS and ARR) parameter. After the UDAY launch, the gap has narrowed by 3% (2015-16), 18% (2016-17) and 48% (2017-18). This improvement has come due to better metering, increasing power prices to reflect reality of costs, and higher revenue realisation due to improved customer side operations and discipline by discoms.

As power minister, Goyal had established a cadence of periodic meetings with state power ministers and power secretaries. Swarup has pointed out that these office-bearers should do more rather than looking at Delhi for solutions. In fact, Goyal established precisely that accountability during his time in the power ministry, significantly elevating the profile of his ministry as well as the profile and visibility for states, too.

In 2016, Swarup had predicted that there was no point in producing more coal as there was no demand. News agency PTI quoted him: “For me, the serious concerns are: Number one, there is hardly any demand for power. What we will do? We are planning to produce one billion tonnes of coal by 2020. What will I do with that coal?” Just two years later, Coal India is working hard to do exactly the opposite—catch up with the constantly increasing coal demand.

Perhaps the best proof of UDAY’s effectiveness comes from the generally improved power availability situation for consumers. The severe power cuts that most of the country witnessed up until 2015 have been on a decline. Tactical supply-demand situation aside, more Indians than ever before have access to grid and off-grid power, and the general service reliability has improved.

India may still need a lot of time and effort to fix the entire power value chain. There are important issues to resolve for the central government on thermal power generation, coal sector reforms, procurement and deployment of smart meters under UDAY, and continuously improving transmission capacity. States have to do their part on last-mile distribution, overhauling the infrastructure as power reaches the unconnected, and take politics out of power pricing.

But this should not take away from the significant data-backed improvements made under UDAY for discoms. If anything, UDAY provides a great example of a truly federal programme—conceptualised and designed in Delhi, with states as key stakeholders.
Source:Aashish Chandorkar,Financial Express ]