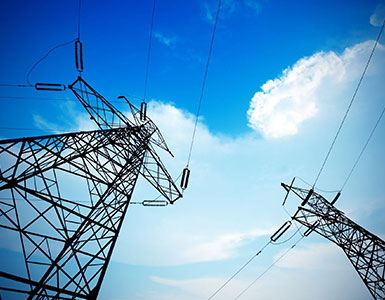 The cost-tariff gap and technical and commercial losses due to theft and pilferage are the reasons why power distribution companies, already plagued with huge financial loses, are unable to supply power to villages. Despite various restructuring schemes and incentives, state electricity boards (SEBs) continue to be in poor financial health. As SEBs are responsible for purchase and distribution of power, all efforts to provide electricity to villages will be meaningless unless the finances of SEBs are improved significantly. It is why while universal electrification is a laudable effort, in reality 100 per cent rural electrification is still partly a myth.

In a significant development, the government announced on April 29 that the electrification work of all inhabited villages in India has been completed. There are 597,464 inhabited census villages in India. This means that all the inhabited villages have now joined the country’s mainline electricity supply network. Rural electrification has been the cornerstone of Prime Minister Narendra Modi’s development agenda. In his Independence Day speech on August 15, 2015, Modi had announced that all non-electrified villages would get power in the next 1,000 days. Having nearly fulfilled that promise, Modi took to Twitter in a big way last Sunday. “28th April will be remembered as a historic day in the development journey of India…I am delighted that every single village of India now has access to electricity,” he said in a series of tweets.
In the last three years, around 18,000 non-electrified villages have been connected to the mainline power supply network. According to government data, while only a few villages are still left to be electrified, the government seems set to meet the target. While this is a significant achievement, it is still largely symbolic in nature. According to government’s definition of village electrification, a village is deemed electrified if only 10 per cent of its households and public places such as schools, health centres and panchayat offices have access to power supply. At end of April 2018, less than 8 per cent of the newly electrified villages had all homes electrified. This means large part of rural India is still without electricity. As village electrification is different from household electrification, the next major task before the government is to achieve 100 per cent household electrification.
The second task is to ensure uninterrupted power supply in electrified villages. Power ministry data has it that as of December 2017, only six states had 24-hour uninterrupted power supply to rural areas. A vague definition of electrification creates a false sense of achievement and the claim of 100 per cent rural electrification, therefore, is not substantive in nature because what has been achieved is mere connectivity to the electricity grid of villages. It is also no certification for power availability. According to government data, there are still 32 million households without electric connection. This makes the scale of the task ahead before the government quite enormous, given the fact that access to uninterrupted power supplies is still a luxury in large parts of the country.
Coal-based power generating units suffer from fuel shortages that leaves half of installed power generation capacity unutilised. As of March 2018, public sector power plant load factor stood at 78.5 per cent, while that of private sector plants fell to 52 per cent. As a result, cities, towns and villages are witnessing power cuts. A reliable supply, in terms of duration and quality, is different from simply taking power cables into village homes. Inadequate and inconsistent power supply affects growth as economic activity, according to experts, is triggered by continuous and good quality power supply and not simple power connectivity. Thus, while the electrification of the last Indian village, Leisang in Manipur on April 28, has been termed as a ‘huge milestone’ in rural connectivity by the power ministry, it’s probably bit too early to celebrate.
The electrification process has been a long-winding one. In 1947, only 1,500 villages were electrified; by 1991 the number reached 481,124. However, in the next decade, the number came down to 474, 982 villages because of faulty maintenance by cash-strapped state electricity boards. Between 2005 and 2014, the two UPA governments connected more than one lakh villages to the grid and electric connections were provided to over 20 million households, of which 19 million were given free connections. Six months before Modi took over, 94 per cent of villages were already electrified. When the Modi government announced its rural electrification scheme, only 18,452 villages did not have power connection.
At the turn of century, electricity had reached 43 per cent of the population; 82 per cent of the population was covered by 2016. There is little doubt that India has made significant strides in electrification since 2000. However, according to International Energy Agency, of the 25 per cent of the world’s population without electricity in 2016, 239 million people were in India. Therefore, it is quite unlikely that the promise of providing electricity to every household by March 2019 – the target set by the government last year for last mile connectivity – will be fulfilled. Of the 36.8 million households identified by the government in October 2017 needing power, electric power has reached only 13 per cent of the homes. Therefore, to meet its next deadline, a Bloomberg calculation using government data estimates that the government needs to accelerate its monthly pace by more than threefold.
According to power ministry estimates, connecting all households will require 28 gigawatts of generation capacity. Though India has the generation capacity, it is the lack of buyers for all the electricity it can produce that partly mars the electrification programme. Besides this, fuel shortage, under-utilised capacity and financial stress affecting several power projects make the government’s target of supplying power to every household in the next one year a daunting challenge. As electric power is controlled and maintained by state governments through their electricity boards, it has often been used as a political tool to woo rural voters and farmers at a financial loss to electricity boards.
Power supply in rural areas is often quite erratic. One reason for inconsistent power supply is that distribution companies resort to limiting power supplies to heavily subsidised rural consumers and farmers to cut losses. The cost-tariff gap and technical and commercial losses due to theft and pilferage are the reasons why power distribution companies, already plagued with huge financial loses, are unable to supply power to villages. Despite various restructuring schemes and incentives, state electricity boards (SEBs) continue to be in poor financial health. As SEBs are responsible for purchase and distribution of power, all efforts to provide electricity to villages will be meaningless unless the finances of SEBs are improved significantly. It is why while universal electrification is a laudable effort, in reality 100 per cent rural electrification is still partly a myth.[Courtesy:Northlines]